Homeless For the Holidays

For the past 12 years, I have delivered gifts to our housing sites across New York City on Christmas Eve. Each year we put together gifts for our housed clients as well as our street homeless youth. Our housed youths (those living at one of our housing sites) typically receive retail gift cards, games, treats, and some clothes, while our street homeless youth receive blankets, gloves, scarves, hand warmers, gift cards for meals, and other items to survive the streets, the brutal cold, and help them feel a sense of the holiday. This takes weeks of planning each year, and since we first started this tradition, it has grown to include dozens of volunteers, donations from a number of our community partners, businesses, and donors, and even shopping sprees made possible by two generous friends and donors, Ian and Craig.

This year was very different, as the recent Omicron outbreak has been especially challenging at AFC. We have nearly 50 staff members out sick with COVID and a growing list of over 25 residents in isolation hotels. I, too, am one of those who contracted COVID, and for the first time in 12 years, my holiday tradition of preparing and delivering gifts across the city was thwarted. Mercifully, the majority of us had mild symptoms and a quick recovery.

During my isolation, I’ve been reflecting on this tradition and the importance of making these gifts special. The holiday season is devastating for our clients—it’s a time to come together and be with family, to share in holiday cheer and meals, and be showered with love and gifts. For our kids, it’s a reminder that they are not welcome at home or deserving of love or joy because they are lesbian, gay, bisexual, or transgender.

Studies of LGBTQ+ youth suicide tell us that one affirming adult in a young person’s life can reduce suicidal ideation by 40%. We also know that youth who are affirmed in their identities—regardless of homelessness—feel better about themselves and thrive. Each gift we pack is a message of care, a moment of normalcy, and a prayer that these young people will see how much they truly are valued, worthy, and loved.

As we move into 2022 we are facing a $400,000 decrease in donations. An anonymous donor will match all donations to AFC, dollar for dollar, through the end of the year up to $75,000. Please help us bridge this gap so that we may continue to offer the level of services and care our youths need.

Thank you for your care and support of the important work we do, and above all, for showing our youths that there are people in the world who care for them—in spite of what they’ve been made to believe by their parents.

At 17 Joey had been through a lot. After being removed from his home due to abuse and neglect, he stayed with relatives until ultimately being place in the foster care system. In school he sought care and attention from his teachers, something he wasn’t getting anywhere else.

He remembers his first crush -- another boy in his class. He knew that he would be mocked if he told anyone, but the other boys at school took notice and started picking on him. Joey was called names and largely targeted in school causing him to isolate.

After being spit on and punched in the face by a classmate, he turned to his foster parents for support, but they too turned their backs on him. Joey started failing in school and became withdrawn from the world. He would cry himself to sleep, praying not to wake up. He was depressed, anxious, and had been contemplating suicide.

Joey was connected to AFC through our street outreach team which works to find homeless LGBTQ+ youth and connect them to housing and services. Within three months of being in our care, Joey started to feel better about himself. He re-enrolled in school this September and is stabilizing. He lives in our transitional housing program and we’re helping him with his plans to go to college next year. Joey doesn’t think much about what he’s been through, but he does worry about the many others who haven’t been quite as fortunate. 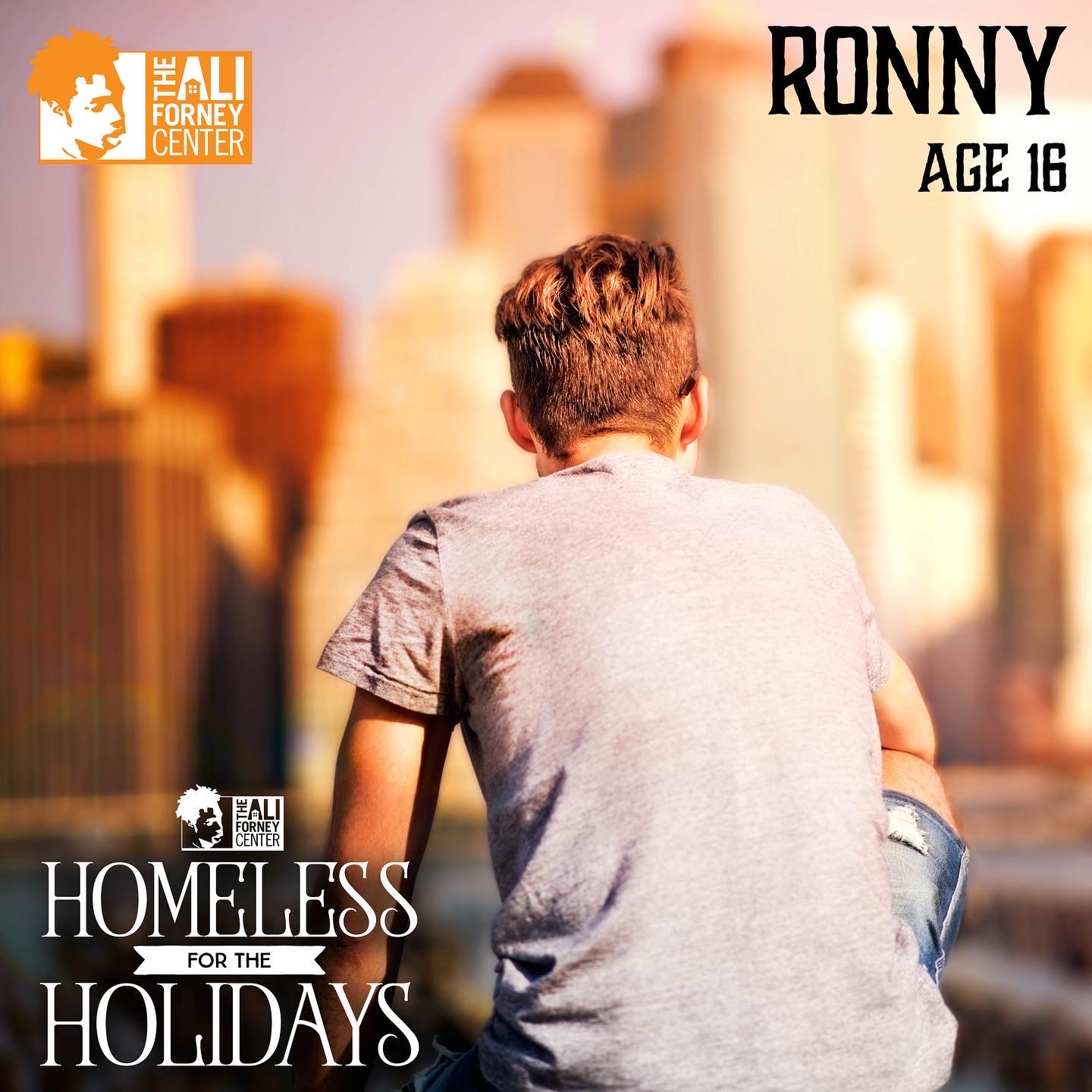